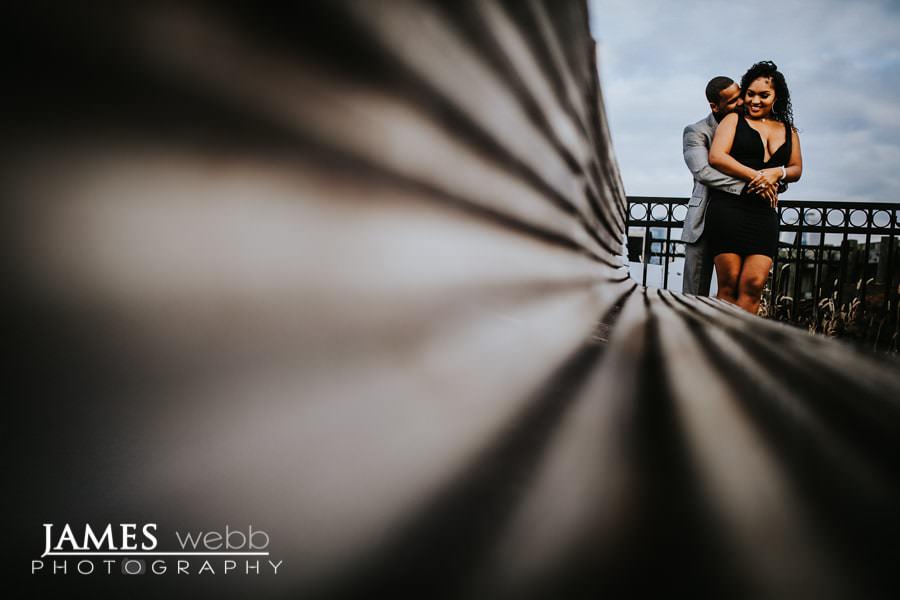 When Delessa and Trevor started looking for a photographer for their Estates at Florentine Gardens wedding, they came across my work on Fearless Photographers. When I initially spoke with them, it was like I knew them forever! We just meshed well and had a great conversation. Less than a week later I was officially their wedding photographer! When discussing their engagement session, they wanted to incorporate the city into their photos. I did some research and found Liberty State Park, which sits on the Hudson River overlooking the NYC Skyline. It was the perfect location, so we decided on Liberty State Park Engagement Photos!

I really wanted to do something different from what I’ve seen at this location. Of course you have the beautiful skyline which I captured, but there’s also old wooden docks and the historic Central Railroad of New Jersey, which is beautifully preserved. I walked around a bit, looking for different lines, shapes and angles and formulated a game plan. Of course I used my tilt shift lens and prism, but saw some really cool pillars which created symmetry, and accidentally found some incredible lines from a park bench! I was looking for a different angle, put my camera on the bench and saw those awesome lines! I moved D&T a little and took one of my favorite photos!

As you can see from the photos, these two are so much in love! All I had to do was ask them to stand in a certain spot and they did the rest. It was hard to remove my finger off the shutter button because they gave me so much to work with! After we took the last shot, we parted ways until next June when I’ll see them for their big day! 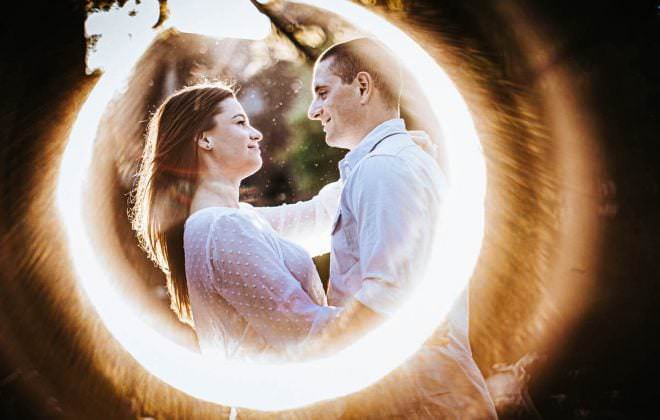