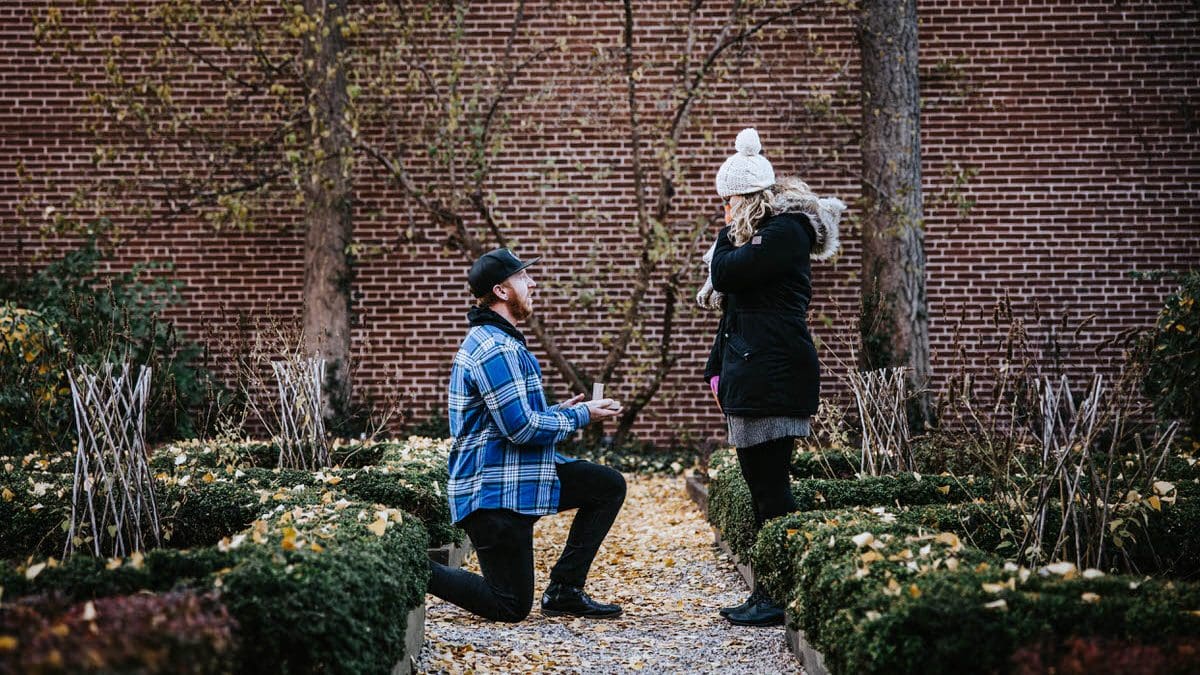 It is the highest honor when another wedding industry professional asks you to photograph once in a lifetime moments for them. When Dan asked me to photograph his Philadelphia Engagement to his girlfriend, Kelsey, it psyched me up! It’s about time, dude.

Dan is a videographer for Danny B Productions, and we met a few years ago when worked a wedding together. Since then we formed a friendship based on constant banter, insults and mutual respect. Well, at least on his end. Bazinga! Whenever we have the chance to work together, we brand ourselves Team GingerSoy because he’s as ginger as they get and I’m Asian. Through the years Team GingerSoy has worked several weddings together and it’s always a great time! Again, at least on his end.

Planning an engagement is very tedious!!! But Dan and I planned his Philadelphia engagement very carefully. Since it was in December, it was hard to find somewhere cool with a little bit of greenery. After brainstorming, we decided on 18th Century Garden in Philly! We scoured Google Maps and found the perfect location.

Dan told Kelsey that he had a photo session in the city, and asked her to tag along and assist. I arrived early to scout the area and look for the best angle. I saw the perfect spot and with the heel of my feet, marked an X and an O in the gravel. Then I texted Dan to have Kelsey stand on the X, him on the O and do his thing.

I paced around the area and finally saw Dan and Kelsey coming down the street. He asked Kelsey to stand in the spot I previously marked while he set up for his ‘photo session’ about 15 feet behind her. When she turned her back, he walked up, got down on one knee and popped the question.

After the shock wore off, she mustered the strength to say yes! In awe, she gazed at the ring and said “it’s so big” and Dan replied, “that’s what she said”. This is why we’re friends.

Congratulations, Kelsey and Dan! I wish you both the very best!!! Here are some of my favorites from your Philadelphia engagement!