Alison and Ian first found me while attending another wedding as guests. When the time came to find a wedding photographer for their Nassau Inn wedding, they immediately thought of me! We met, they booked, and we scheduled their engagement session. Being that it was December, I wanted to take them somewhere with Christmas lights to add to their photos. Ian also loves historic buildings and I knew they would love Rittenhouse Square Engagement Photos.

Nestled in the heart of Philadelphia, Rittenhouse Square is one of the original five parks in Philadelphia. This 18th Century park is filled with history and surrounded by local shops, restaurants, hotels and bars. It’s a gorgeous location that I really enjoy going to.

I got there a little earlier and walked around, making a mental note of things to incorporate into the photos. I really wanted to stretch my creativity and implement reflections, lines, shapes and color into Ali and Ian’s Rittenhouse Square engagement photos. I even brought a different lens that I never bring to engagement sessions, a Sigma 24mmART lens. This lens allows me to take wide angle shots and use distortion in a creative manner. It is now one of my favorite lenses to bring with me!

When I first met with them, they confessed to being awkward in front of the camera. I told them the same thing I tell all my clients…we’re not all models and we never know what to do with our hands. So just be yourselves, converse with each other and I’ll do the rest! They did a great job just being themselves, a young couple very much in love and embraced their moments in front of the camera! At times I think they got so lost in themselves that they forgot I was with them!

We first met in the center of the square where I saw these cool columns. I wanted to frame Ali and Ian between the columns so I asked them to stand a certain distance from each other and flirt with each other. Funny thing about that is when asked to flirt, people don’t know how to do it! So they laugh at themselves and it creates an organic moment of laughter, which is ultimately what my goal was. I’m such a photo ninja sometimes.

After the column shot, we walked around the perimeter and found a gorgeous red door in front of The Church of the Holy Trinity. It’s another historic landmark in Philly and between the symmetry, color and emotion of Ali and Ian, it’s one of my favorite shots of the year! Another highlight of the Rittenhouse Square engagement photos is the reflection shot I took. There was a Christmas tree in the window display of a store, so I asked Ali and Ian to stand behind me and I captured their reflection in the window, incorporating the Christmas lights into the photo.

The last photo I want to talk about was taken outside the Rouge restaurant. This trendy restaurant has table settings outside, allowing patrons to fully immerse themselves in the Philadelphia atmosphere. It was a little chilly that day, so all the patrons were inside…including a group of rambunctious young adults who had a great time making faces at Ali and Ian. Unfortunately they stopped when I went to take a photo of them! Anyway, I used the tables lined up in the street to frame Ali and Ian enjoying a moment.

I loved getting to know the shy yet comedic side of these two and I can’t wait for their Nassau Inn wedding!!! 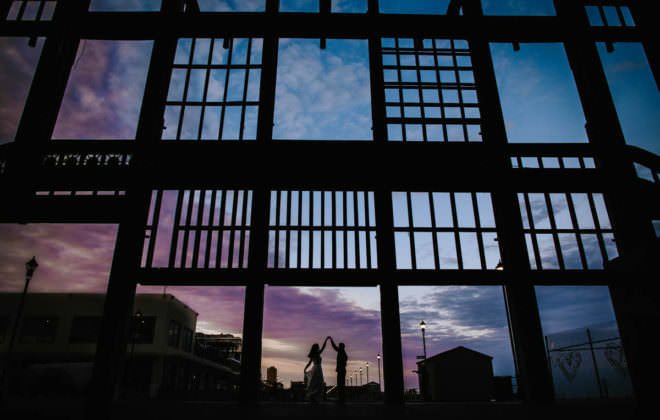 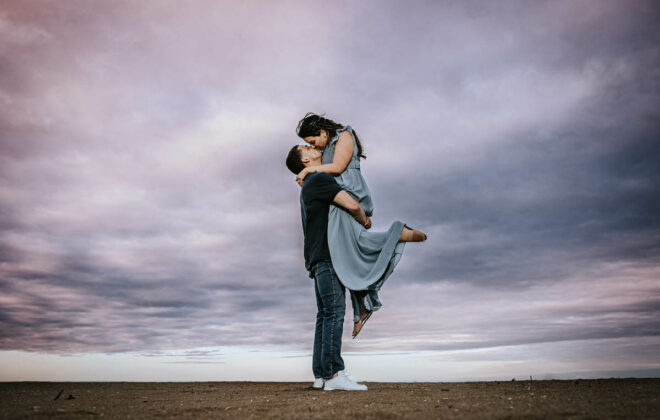